The anti-cheat that actually works....

Insider's Peek into the Reworked KAC

Insider's Peek into the Reworked KAC

Here is a little insider's peek into what you can expect in the rework of KAC.

I've redone the CVar testing engine to now be dynamically allocated. This allows you the freedom to add CVars or remove them in real time while your server is operating. So basically you'll be able to do things like checking cl_cmdrate and making sure its within certain limits. Or removing the checks for things as you please, as some people don't like the checks for third party server side plugins running on the clients.

I've also reworked the entire framework of the plugin to be more, professional, and tried to add notes as to how things are laid out.

You will be able to block commands or unblock them as you see fit. This is useful to zero hour exploitable commands.

There will be translations.

And again, there will be a entire rework on the KAC Master to support more future planned stuff such as blocking VAC banned (in another engine) players from joining your servers. However, this won't be available immediately, but will be included later in a update after the KAC Master server has been reworked.

Re: Insider's Peek into the Reworked KAC 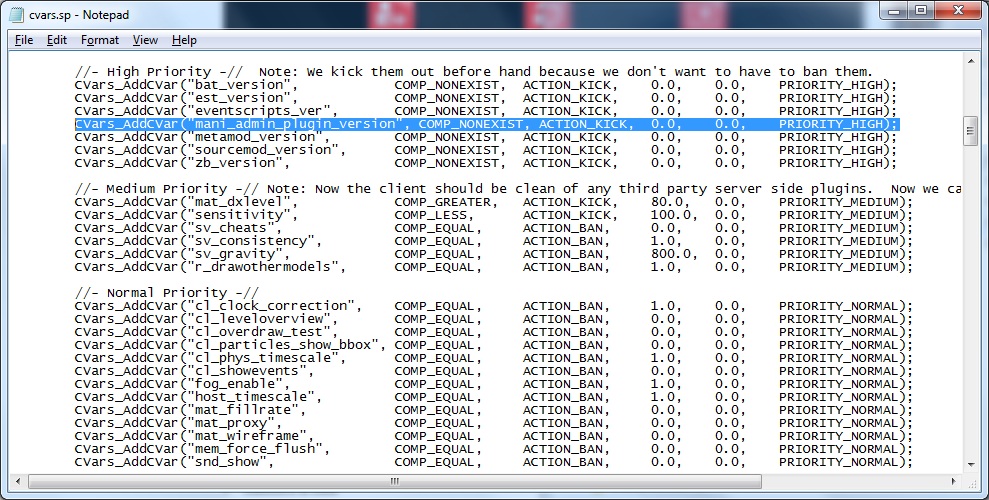 Hehehe. Dynamic allocation for the win!

Re: Insider's Peek into the Reworked KAC